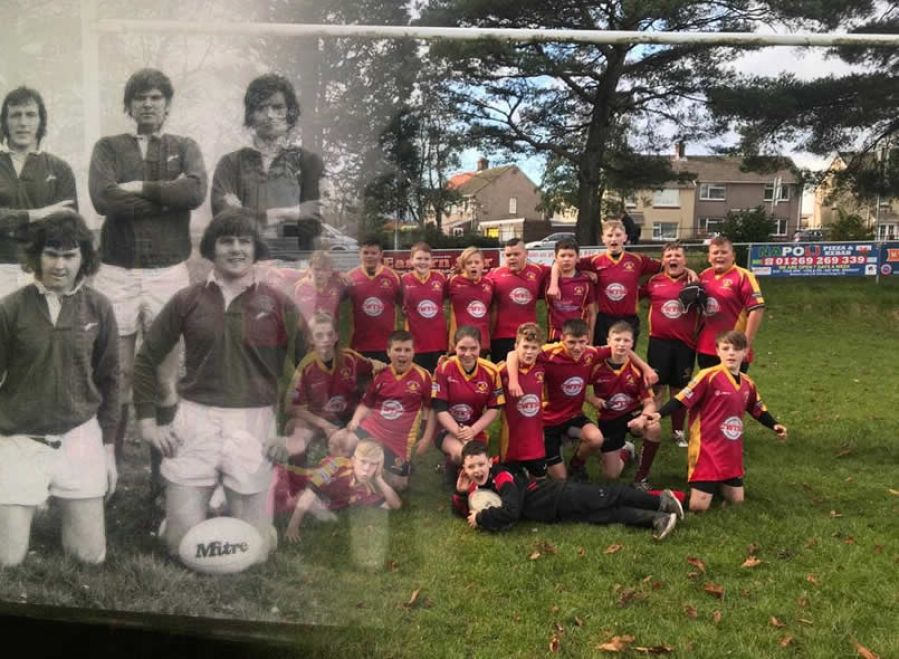 When that legendary group of ex-servicemen formed the YMCA R.F.C for the 1946-47 season, there can be little doubt that they had high hopes for their venture. Indeed their enterprise was rewarded, for their record for that Inaugural season shows that from 33 games played they lost only 7, and outscored their opponents by 302 points 156.

In 1951 the Llanelli Wanderers RFC was formed, and the headquarters were the old Prince of Wales Inn. It is from these humble beginnings that the Corinthian spirit towards rugby and indeed life, was nurtured. The club's motto "Cyfeillach trwy Grwydro" (Friendship Through Wandering) has been practiced to the full with the club having had many different headquarters before moving to the present one in 2006. It is similar story regarding the playing pitches - with many corporation grounds being used, as well as sharing the facilities of their neighbors Llanelli RFC.

The present ground was opened in 1st September, 1975 when a Present XV played a former XV. It was a hard match - one only has to look at some of the players that day to realise this- with the Present XV finally defeating the Past by 21-10.

Get Social with Llanelli Wanderers RFC