All Wanderers will know about the consultation process which took place in the Spring of 2015 both within the Club and with the community of Stradey/Sandy.  This resulted in two main findings:

Wednesday August 26th saw 1 above addressed with the official opening of the Wanderers’ recently refurbished changing rooms at our Stradey ground.  The opening was conducted by Mr Anthony John, the District G representative on the Welsh Rugby Union.  The WRU helped considerably towards the costs of the remodelled building as part of their grant assistance to smaller clubs.  Also present at the opening were Chris Munro and Eleri Owen from the WRU.

Present for the Wanderers were President Ian Davies; Secretary Rich Keenan; Director of Rugby John Davies and committeemen Alun John and John Williams.  It was also great to see Wynne Davies at the opening.  Wynne was the driving force behind the original ground and changing room developments back in 1975.

This is, hopefully, the first phase of a larger regeneration of the ground.  Planning Permission has been given for a first floor extension to provide a Community facility for the area.  Rural Council Chairman Councillor Martin Davies, his Consort Ms Ruth Thomas and Councillor Mike Evans also attended the opening, which enabled the Wanderers to thank them for the support of the Rural Council in this development of phase 2.

The Ground Development Group is hard at work preparing submissions for Grant Funding which will be the key to these works.  They are being ably assisted in this by Chris and Eleri from the WRU.

See the Image Gallery for more shots of the opening and the refurbished changing rooms.  Thanks to Josh Weeds for the photo's.

Upgrades to the Training lights are being actively pursued.

The Wanderers have been successful in being awarded a grant from the Aggregates Levy Fund for Wales (ALFW) administered by the Welsh Government.

This is a significant step in reaching the funding target for the next stage of our ground developments, i.e. an extension of the changing rooms to create a Community Facility at our Stradey Ground.

Recently we have also been awarded grant funding from the Welsh Rugby Union and the Welsh Churches Fund.

It is hoped that building work will start as soon after April 1st 2016 as possible.

It's been a long haul, but at last Jeff Lewis Construction are on site commencing the work.  The project is scheduled to last 18 weeks, so, all being well, we would hope to take possession of our new build on January 30th 2017.

Many thanks to our Grant Funders:

Get Social with Llanelli Wanderers RFC 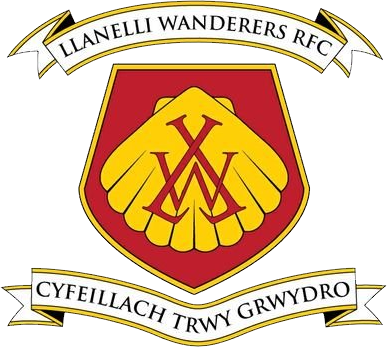